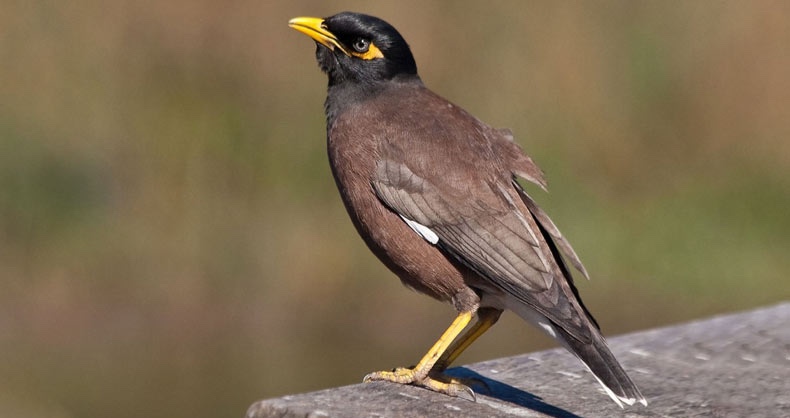 Indian Myna numbers have exploded across Australia since they were deliberately introduced, and are a serious environmental threat to native wildlife.

The Indian Myna is one of the most invasive animal species in the world. They take over nesting hollows, evicting birds and small mammals, and prey on nestlings. The nesting materials they bring into roof cavities and other spaces in buildings can also be a fire hazard.

Noisy, territorially aggressive and not afraid of humans, Mynas hang out in flocks from 5 to 20, and are fiercely territorial, using their superior numbers to aggressively defend their territory. Add to all this, they hang around cafes and restaurants, walking all over tables in search of left-over food. It isn’t hard to see the potential public health risk they pose.

The birds have become such a big problem they have been nominated as a threat under the national environment protection act.

Common Indian Mynas can be an economic problem because they damage fruit and grain crops and their noise and smell can be annoying where they are in large numbers. Mynas can also spread mites and they have the potential to spread disease to people and domestic animals. Mynas become quite fearless of people if they are not hassled and can be a problem in outdoor eating areas by stealing food off people’s plates.

A trapping program for Indian Mynas is an essential part of any strategy to control these pests. This is legal for exotic species but not for native species, and any trapping and euthanising should only be done by specialists, in line with approriate animal welfare principles.