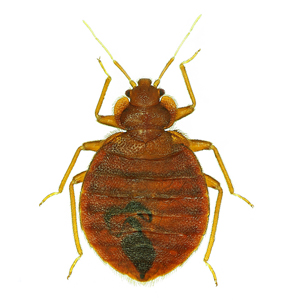 Bed bugs are not normally implicated in the transmission of diseases, but bed bug bites can be downright irksome when they cause itching or inflammation.

The effects of a bed bug invasion can be troublesome in any residential setting. The key to eradicating bed bugs is to locate and treat all cracks and crevices where the bugs may be hiding. If you suspect you have a bed bug problem, call Competitive Pest Control Services. As the pest control experts in Sydney, we can provide free quotes and conduct a careful inspection of the offending rooms, bed mattresses or linen. A thorough treatment can then be performed once all bed bug infestations have been identified.

Bed bugs have been around for more than 3,500 years. Known colloquially around the world by other names such as “red coats”, “mahogany flats”, and “wall-lice”, experts have found archaeological evidence in the Mediterranean that they got their blood meals from bats and then moved onto humans who inhabited the same caves. There are even signs that they existed during the reign of the pharaohs in ancient Egypt.

Since these early days, these bugs have become a worldwide nuisance. Some of the theories as to how they spread so effectively include the advent of electric heating which allowed them to thrive all year-round and the increased accessibility of international travel.

Thanks to targeted bed bug removal solutions and an improvement in public awareness though, the negative effects of a bed bugs invasion can be reduced. Remember that if in doubt, you’ve got nothing to lose by calling us for a free quote

How to Identify Bed Bugs? 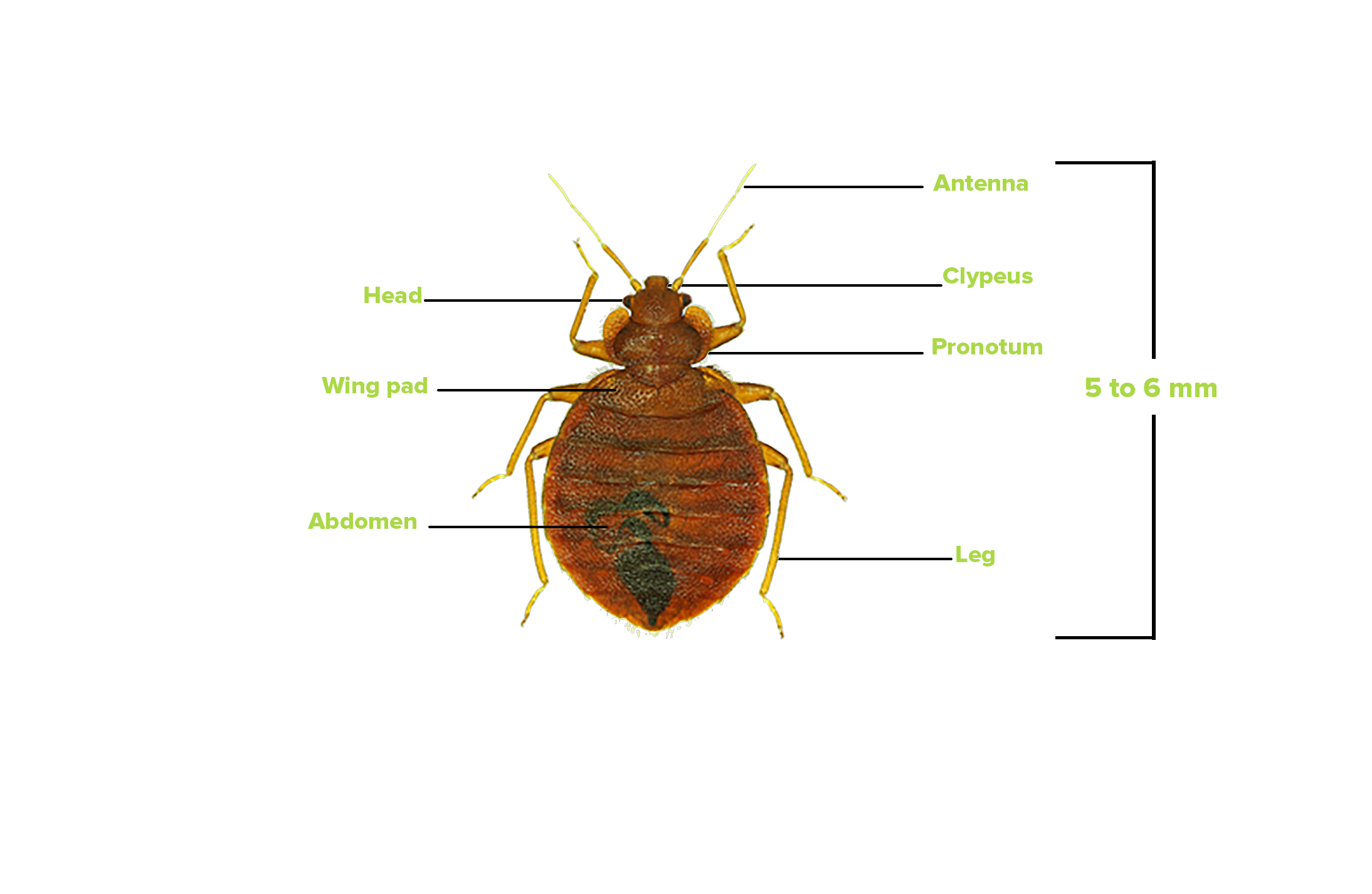 Adult bed bugs are oval-shaped and wingless, they vary from a reddish-brown to scarlet red after a blood meal. They are approximately 5-6mm. Younger nymphs tend to be paler in colour and are smaller, around 1-4mm. They have flattened bodies that allow them to hide in cracks and crevices, making detection very difficult.

How do Bed Bugs Reproduce? 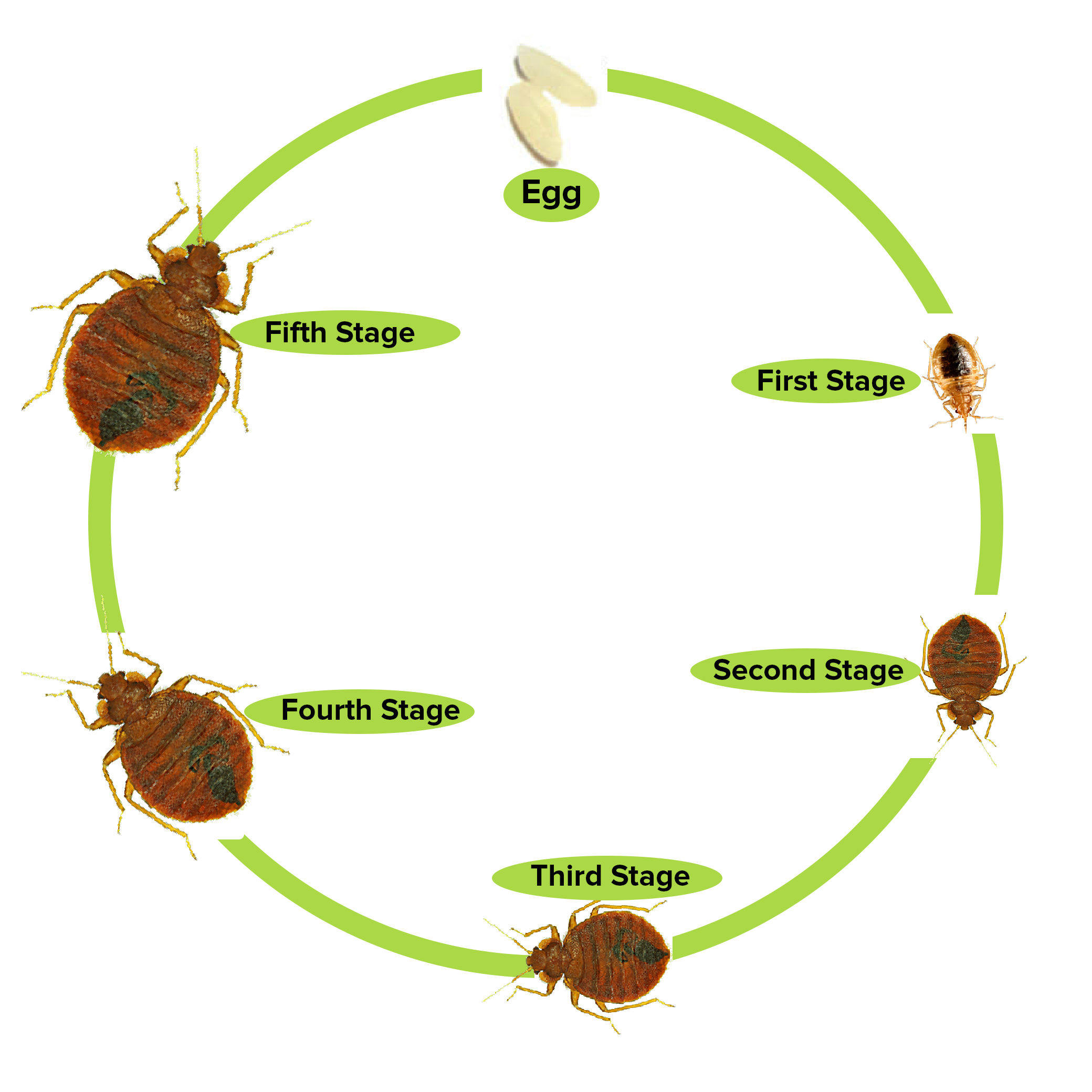 Bed bug eggs are laid in groups of 10, however, a single female can produce 200 to 500 eggs during her lifespan. After they’ve been laid, the hatching of the eggs can take anywhere from seven days to 30 days.

Once they’ve hatched from an egg, there are five stages within the growth cycle. Every bug requires a full blood meal before they can progress onto the next stage and nymphs will begin feeding instantly. This means that the effects of a bed bug invasion in a home are felt almost immediately.

After going through the first malting stage, bed bugs will enter the second stage and grow to about 2mm long. They then moult a further three times until they reach the adult stage. Once at this point in their growth cycle, bed bugs are able to breed and spread, with the average adult generally living for roughly 4-6 months in bed mattresses and linen.

Note that the development of these bugs from egg to adult happens much more quickly in the warmer months. Adults have even been known to survive without a meal for over 11 months.

Bed bugs have increased in Sydney since 2000 by around 5000%. They are great travellers and can stow away in your luggage, bedding or clothing, which is why they are now a nationwide problem.
Bed bug bites are a sign of infestations. These bites can leave welts and cause itchiness. Faecal smears and blood spots may also appear on pillowcases, sheets and bed mattresses.

Heavy bed bug infestations are often accompanied by a distinct odour, but the good news is that they are not normally implicated in the transmission of diseases. Their medical significance is usually limited to itching and inflammation from their bites. The key to effective bed bug removal is to locate and treat all cracks and crevices where they may be hiding.

Typical hiding places are in the tufts, folds and seams of mattresses, and cracks in the box springs and bed frame. Heavier infestations often spread to behind baseboards, windows and door casings, pictures, electrical switch plates, loose wallpaper and in furniture upholstery or the pleats of drapes. When inspecting for bed bugs, look for the insects themselves as well as the tell-tale faecal and blood spots indicating that a hiding place is nearby.

Bed bug removal is difficult, as it often takes more than a single visit to ensure our pest control team in Sydney has successfully eradicated each and every one. The reason for this is that while sprays are effective at killing the actual bugs, they aren’t as suitable for killing the eggs. The fact they can hide in hard to reach areas means that they can hatch after what was thought to be a successful treatment cycle. This often leads to another infestation.

Bed bug bites are annoying and getting rid of them can be an uphill battle. We suggest that you call us right away if you suspect you have an infestation. We will come to your residence as soon as possible and conduct a free quote.

If necessary, we will continue to go through your entire house until we’re satisfied we’ve identified all signs of bed bugs. This inspection will be undertaken by a professional pest control technician. We can then undertake a thorough treatment and return as needed to guarantee complete eradication.