A Guide to Fire Ants – What You Should Know

Fire ants can cause a lot of issues in and around your property, especially if they are allowed to run rampant. The most common reason behind fire ants being left in properties is because people mistake them for the somewhat less annoying common ant. The difference however is that these insects can cause a lot more turmoil. So how can you identify them? Fire ants can be identified by their dull red body coloration, which ranges from reddish brown to reddish black. Fire ants also have a stinger. The bite and the sting that these ants deliver give them their name. Fire ants build visible soil mounds often in sunny areas. Their mounds can be as large as 18 cm tall and 61 cm wide, and can be dome-shaped. Fire ants are least active during the hottest hours of the day. They also avoid darkness and shade, and are more likely to appear in open fields and lawns than in forests. If mounds remain undisturbed and the colony rapidly multiplies, fire ants may send additional queens to begin new mounds nearby.

How Do Fire Ants Spread? 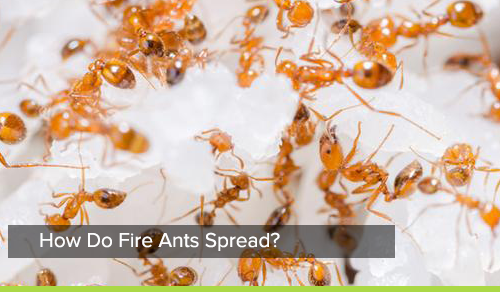 Fire ants spread by both natural and artificial means. Some artificial means would be when mated queens or colonies are transported via infested sod, hay, beehives, or nursery stock. Also newly mated queens can be transported by vehicles on which they’ve landed. This is why certain materials likely to harbor fire ants, including nursery stock, sod, and hay, must be certified as fire ant-free before they are sold outside the fire ant quarantine area.

Some natural causes for fire ants spreading can be newly mated queens fly or are blown into new areas or rafts or balls of flooded colonies float to new areas. In general new colonies bud off–the process by which fire ant colonies with more than one queen start new colonies. Entire colonies can move from one location to another when they are disturbed, but they generally don’t move far. Winged fire ant queens can fly quite a distance on their own. Studies have shown that distance to be limited to three miles or less, based on their energy reserves. When blown by wind currents, winged fire ants can travel much greater distances. 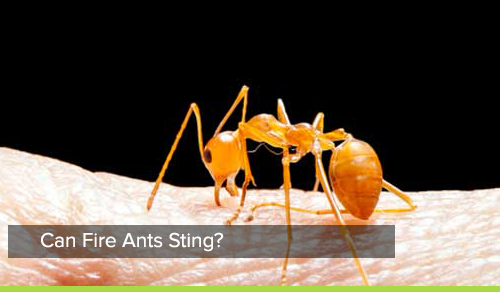 Although fire ants are small, they are mighty in numbers, If fire ants sting you, chances are you’ll know. They attack in swarms, racing up vertical surfaces (such as your leg) when their nests are disturbed. Each fire ant can sting several times.

To identify fire ant stings, look for groups of swollen red spots that develop a blister on the top. Stings hurt, itch, and last up to a week. Some people have dangerous allergic reactions to stings and will need to seek immediate medical help. Especially so if you are having problems breathing or if your throat closes up. Most people don’t need medical treatment for fire ant stings. If breathing is normal and the sting victim is not known to have a serious ant sting allergy, the following home remedies can be effective:

How to Prevent Fire Ants 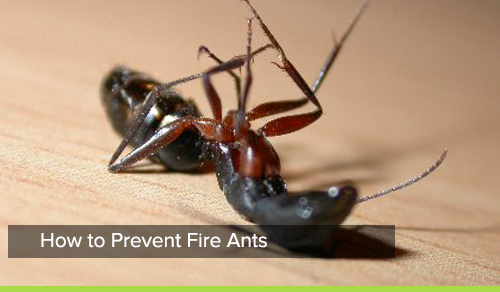 To make sense of treatment options, you must first know what you’re up against. Native U.S. fire ants typically aren’t problems; imported fire ants are the real pests behind homeowner woes. These South American natives were accidentally imported in the 1930s, and their natural South American predators don’t exist in the U.S. Imported fire ants are aggressive, competitive insects, and traditional ant control products don’t work against them. Fire ant mounds are often your first sign of problems — the expression “tip of the iceberg” applies. Mounds seem like centers of activity, but bigger problems lie underground. Fire ants live and work in vast colonies housed in extensive underground tunnels. A single, unchecked colony can house up to 500,000 ants — which can mean hundreds of mounds in a single acre of land. By the time you see mounds above ground, the colony population has been increasing for months. Another key trait of fire ants is that they tend to move often and react quickly to disruptions. When a person or animal disturbs a mound, fire ants can attack with burning stings. But their reaction to disturbance also extends below ground. Fire ants can relocate to new lawn areas or even into homes and start new mounds for new colonies seemingly overnight. Effective fire ant control means killing ants you see and those you don’t — before they can relocate — and preventing new invasions. Imported fire ant colonies can have a single queen or hundreds of queens, and killing queens is critical. While worker ants generally live about five weeks, queens live seven years or longer, laying hundreds of eggs per day. Kill the queens, and the entire colony dies quickly.

Get In Touch Today 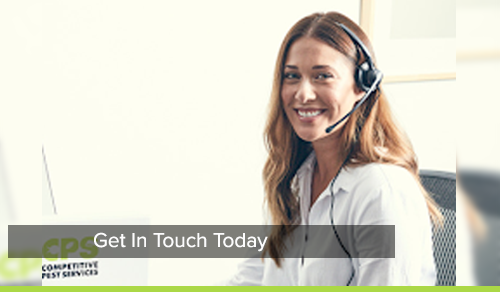