How do bee swarms work?

Swarming is a natural process in the life of a honey bee colony. Honey bee swarms may contain several hundred to several thousand worker bees, a few drones, and one queen. Swarm season usually occurs in the late spring and early summer season, usually between 10am – 2pm, when the weather is warm and plants are in bloom making nectar and pollen. During wet weather, a swarm may stay in its resting place for several days. 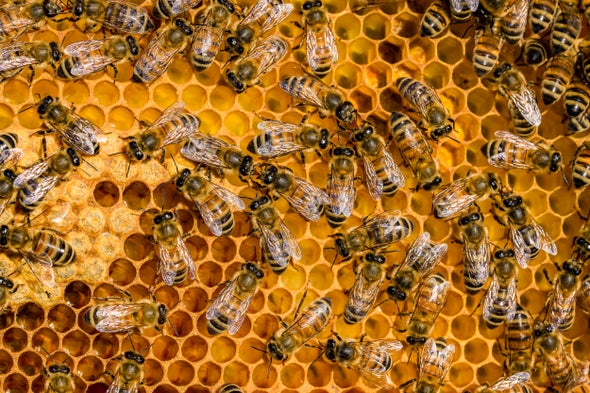 What is a swarm of honey bees?

Swarming is the process by which honey bee colonies reproduce to form new colonies. Swarming is a bee colony’s method of multiplying and rapidly growing in numbers. Another colony is created when a bee swarm succeeds and it occurs to support the survival of the bee species. However, some colonies may swarm multiple times. And to the extent that the parent colony will not survive.

Sometimes swarming reoccurs until there are no bees left, there can be five or more swarms and each swarm head in a different direction. These different directions may suggest that the bees swarming are aware of previous swarms that were issued hours or even days before. And different directions are traveled perhaps to avoid competition with previous swarms. In this example, bees may not be simply propagating their race, but exploring the landscape of a given area. Swarms that discovered a good environment to exist would thrive whilst other swarms would fail. The location of the original colony was not important and a daughter colony would later re-occupy the site.

Why do honey bees swarm?

Western honey bees aren’t nearly as likely to abscond as African honey bees that tend to swarm more often and are a bit more defensive of their hives as well.

There are basically 3 types of bee swarms. Prime, Secondary and Absconding Bee swarms.

After the queen lays eggs in the swarm cells the colony becomes very active. Foraging slows down, and the workers begin erratic movements within the hive. Meanwhile, the queen quits laying eggs and reduces her weight to be able to fly. When the queen is ready, she leaves the beehive and is followed by about half of the workers in a massive cloud of flying bees.

Several queen cells are left behind to become a new queen for the original hive. The old queen will then find a nearby tree or land and emit pheromones that signal the workers to cluster around her. The cluster will remain there for several hours or even a day or two while scout bees search the area for a suitable new home, or it may move to another location.

Also known as an after swarm, secondary swarms occur after the prime swarm. The queens developing in the swarm cells in the old hive are attended by half of the workers that did not leave with the swarm. If these virgin queen bees emerge from their queen cells, one queen may leave with half of the colony. Typically, the first queen to emerge will sting the other queens in their cells and kill them in order to assume the role as the new queen for the colony. She then will take flight to find drones to mate with in order to begin the process of egg-laying and rebuilding the workforce in the colony. This type of swarm is about half the size or less than a soccer ball and are less common.

These rarely occur but absconding bee swarms are the result of problems in the beehive such as starvation, pests overtaking the hive, or disease. In this case, very few if any bees will be left in the beehive. A phenomenon called Colony Collapse Disorder (CCD) can sometimes be referred to as absconding bees. 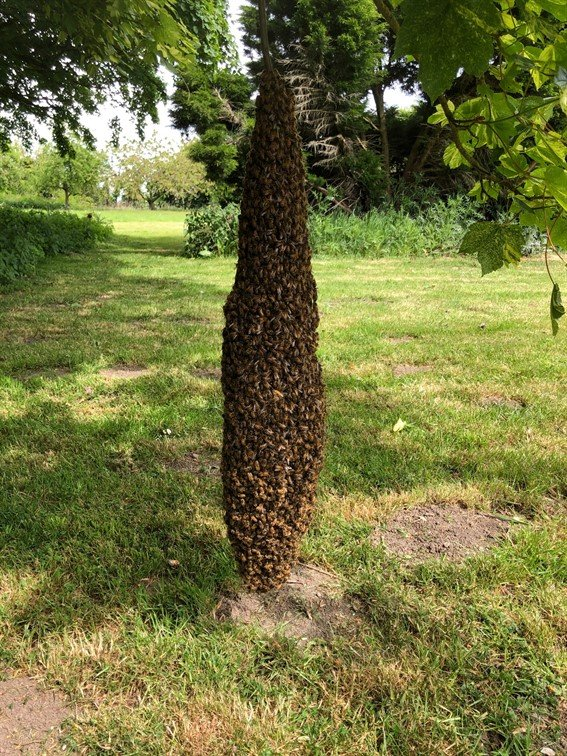 Bee swarms are not highly dangerous under most circumstances. Swarming honey bees feed prior to swarming, reducing their ability to sting. Further, bees away from the vicinity of their nest are less defensive and are unlikely to sting unless provoked.

In most situations when a bee swarm is found on a tree, shrub, or house you do not need to do anything. Swarms are temporary and the bees will move on if you patiently ignore them. Stay back and keep others away from the swarm, but feel free to admire and appreciate the bees from a safe distance. 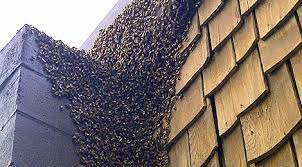 What to do if a bee swarm decides to settle on or near your property?

Keep children and pets inside for half an hour or so, until the flying bees have clustered onto a bush or other object. Once the swarm has formed a cluster, usually about the size of a football, and most of the bees have stopped flying, it is safe to be outside pursuing your usual activities. Make sure to always wear footwear to protect your feet in case the odd bee has settled on the ground.

Keep clear of bee swarms until it is professionally removed. 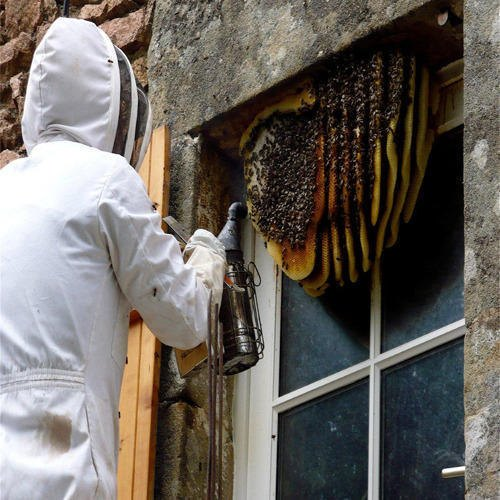 How can you prevent swarms from reoccurring?

After the extraction of bee’s combs from a location the odor of beeswax remains. Because bees have an extremely strong sense of smell, the odor will be highly attractive to any future scouts seeking new places to nest, after bees have been removed from a building, all holes large wider than 1cm or larger, that lead to larger cavities in the property must be sealed up. Cavities can be filled in with expanding foam to make large spaces inaccessible for nesting. It is important to remember that if bees can find access to a void adjacent to the previous nesting site, they will move right in. 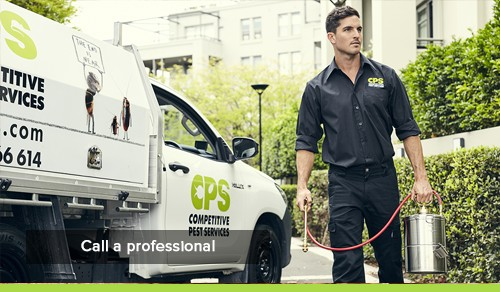 If you find yourself in the position where bees are swarming it is always best to get help and instruction from a licensed professional first. You may be able to give a bee swarm to your local beekeeping professional who will gather the swarm and relocate it for you. To find beekeepers willing to capture swarms check with a local beekeeper you know or call authorities such as pest control operators, police and fire departments, and the local extension office.