The Evolution of Bed Bugs

New research suggests that bed bugs are well on their way to becoming a new species according to a new article by the New York Times. Bed bugs have returned with a vengeance in recent years after almost being almost completely wiped out in the 1940s, due to the widespread use of DDT.

Where do bed bugs come from? 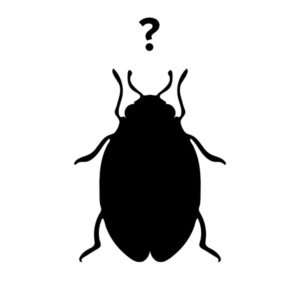 Dr. Booth, a biologist at the University of Tulsa, and Dr. Fountain, a postdoctoral researcher at the University of Helsinki, suggest the difficulty of studying bed bugs in their natural environment due to the reluctances of people using their homes as a scientific lab. In the new study, Dr. Booth and Dr. Fountain have collaborated with Ondrej Balvin, a bedbug researcher at Charles University in Prague and have collected bed bug samples from across Central Europe.

By examining their DNA, they were able to figure out that the bed bugs not only fed on humans but also on other animals, especially bats. After collecting and comparing DNA sequences from 214 bedbugs, both from human feeding bed bugs and bedbugs from bats, they found that the bedbugs were genetically quite distinct from one another.

The results support the hypothesis put forward that explain how bed bugs came to be around humans. It argues that these bed bugs started out by living in caves and feeding on bats. They then attached onto early humans when they showed up in the caves and hitchhiked into new caves and dwellings that humans built.

Since then, they have had to adjust to differently to those of their close cousins that feed on bats. They have had to change their schedule since humans sleep at night and bats sleep during the day. Human feeders also have longer legs since they no longer need to attach closely onto bats hanging from cave roofs. And lastly, bedbugs that feed on humans carry a genetic variation that makes them more resistant to pesticides.